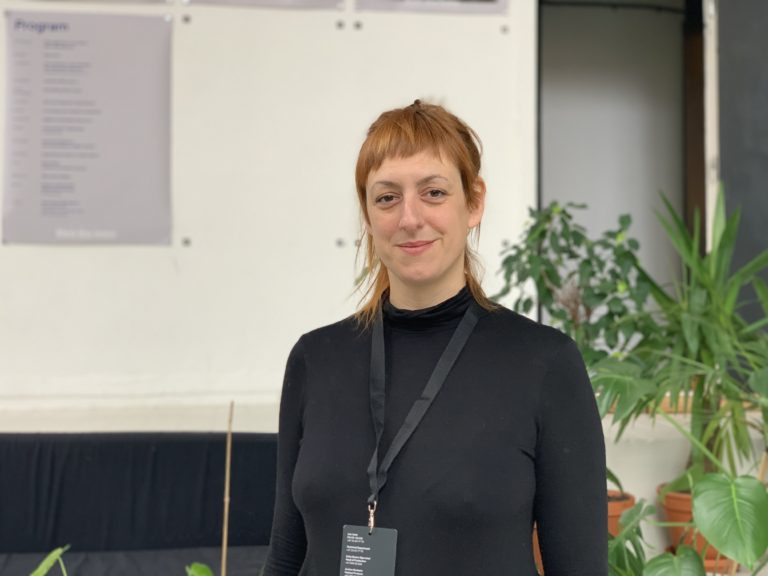 Tanya Beyeler and Pablo Gisbert are the driving forces of the Swiss-Spanish duo El Conde de Torrefiel. They once stated that “The verb is in the dancer’s body, not in an actor’s mouth.” Their characters transcend the limits of spoken language, and a lot of their work is focusing exclusively on the 21st century and on the existing relationship between the personal and the political. At Oslo Internasjonale Teaterfestival 2020, they are presenting the piece LA PLAZA. Here in Oslo, we had a talk with Tanya Beyeler about her viewpoints on artistic freedom.

What does artistic freedom mean to you?

Freedom is always a very tricky concept, I think, because we speak a lot about freedom – but actually, when you live in a society, it is very difficult to really be free. Being free means to really open yourself with all you have inside; good or bad. To me, being free in terms of artistic freedom, means to try to be honest with myself as much as possible. This way, the pieces we deliver to an audience, are responding to something that I am experiencing as a human being in that moment of my life – according to me, and not according to what people might expect of me. This is, for me, the maximal freedom I can desire in artistic terms.

Why do you think artistic freedom is important?

Basically, because art is one of the few expressions that allow you to be honest, despite social rules. For me, art is not politics. Art can be political, of course, but art is always working in the field of possibilities, abstraction, imagination, games; a field that is not real. Politics is real. Political acts have direct consequences in real life. Art has a consequence, but only indirectly: It enters your brain; the brain of the artists performing it or of the of the audience receiving it, and therefore, it might affect your acts in real life in terms of politics. But art in itself is not politics. Art can create political acts, but is not political itself – to me, that is.

So, artistic freedom is important because you can allow yourself to express everything you have, even if it is bad or obscure or politically incorrect – because it does not affect the real life.

In my country, in Spain, the cultural field is very dependent of the political situation. The freedom of artists is definitely put at risk. You are always subjected to some kind of censorship, or you might be used as a weapon of political propaganda or political critics. If an artist presents a piece that somehow is controversial, and the government in that particular city is leftist, the right wing will use this artistic exhibition, piece or other kind of artwork as a weapon against their opponent. This is very dangerous, because it forces artists into having to be very careful about what they do. As an artist, you might spend far too much time and energy worrying about the expectations and about what is safe in the moment that you publish your piece. This worry cuts away artistic possibilities. This goes for theatre, literature, poetry, music, dance, painting, whatever artform. It happens a lot.

The artistic Spain can be open minded in the underground field – even though, if it can be used as a political weapon, it will. This makes me think about the fact that a fictional expression can be so powerful: The fiction is very powerful nowadays. There is a crossover between fiction and reality, also within technology and the digital reality. Art, in this sense, is suffering from it when fiction is confused with reality. An artist may be asked the same question that you would ask a president of a government, a doctor, an architect, and none of these are working in the same field at all.

Actually, I think the piece we will present during the festival, LA PLAZA, talks very much about this topic. What is fiction, and what is reality? What is happening in your mind? Nowadays, reality is very subjective. Each and everyone has his or her own reality, and there is no such thing as a shared reality. This is something that really isolates us and generates a lot of loneliness. And despite this, we behave very much the same! This tension is very interesting.A PLAZA is also touching the idea of image as a language. Humans are animals, and our main sense is the sight, so what we see does really affect us a lot. An image does not necessarily say much, but at the same time, it says everything. The language of image, which we are using very much nowadays, is a very tricky language that I do not think we yet have the tools to read with a good critical reflection.