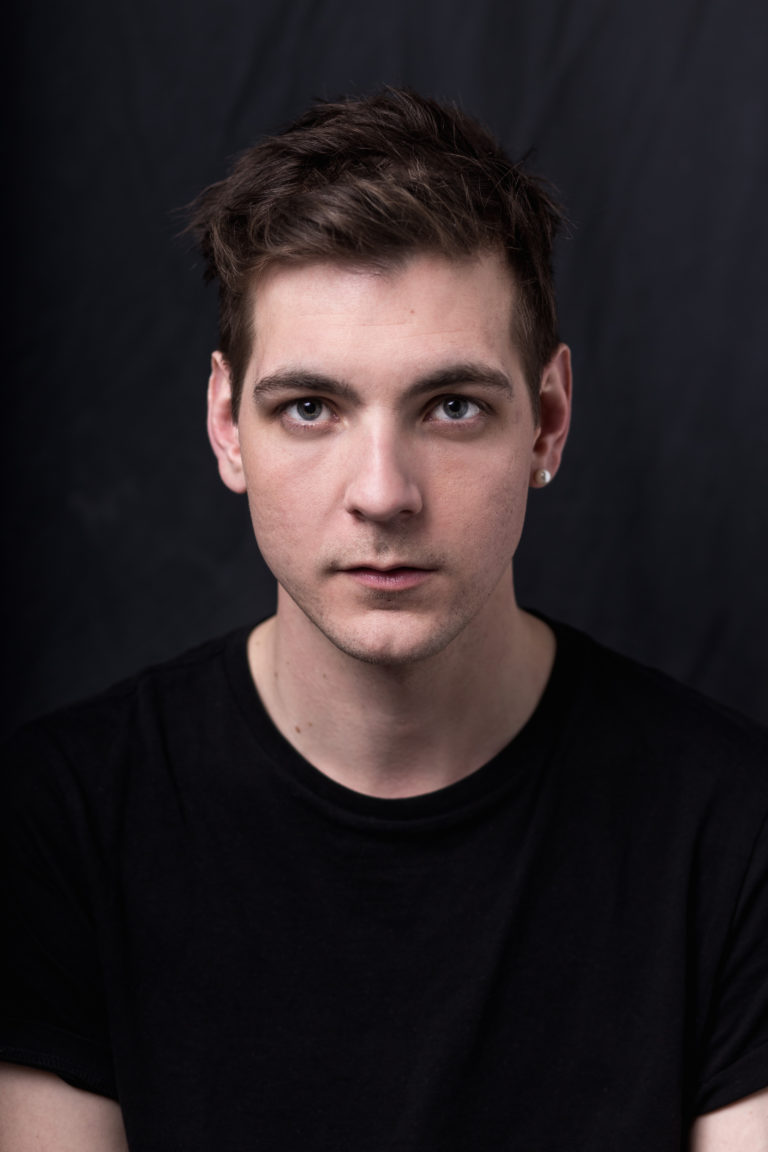 The world becomes a little quirkier once seen through the lens of actor and performance maker Iggy Lond Malmborg. His texts are witty and sometimes dark, but always well performed, original and cleverly written. Malmborg is based in Malmö and Tallinn, and during Oslo Internasjonale Teaterfestival 2020, he presented his performance Things in my mouth.

What does artistic freedom mean to you?

I’m not sure. Maybe it is a chimera where the sadistic super-egos we all carry would happen to fall asleep, be too drunk or too uninterested in interfering the ongoing actions, on that very stage in that very moment. Perhaps best framed by the moment when someone asked the Dutch-American artist Bas Jan Ader “why?!” after Bas himself had rolled off a rooftop in front of a camera, without any living audience present, and he answered “I wanted to know what it feels like.” Just like the child that once again has licked on a frozen pole, to see if the same immobility will strike her – or if it was (just like most of the time) the adults playing her a trick.

Maybe that childish impulse of thinking ‘let’s see’ or ‘let’s try’ would be the leading force in rehearsals and performances in such a state, where the artist is free – free of the responsibility to produce something valuable, finding an answer to the why before the action, word, sound, movement (or whatever) has been done. Thus the curious attempt, the playing itself would be the main fuel. Or the restlessness caused by the utterly boring world we are condemned to live in, the status quo – a restlessness that finds enjoyment in the most destructive gestures; producing noise where it is silent, stirring what is still or stopping where there is too much movement already – without keeping in mind what these gestures might do, what its achievements will be. And most of all, what they will mean. Kicking on buckets without being interested in the clean-up, to put it bluntly. That also means; freed from the responsibility of the possible hurt the actions or words might cause others. – Oh, I hope such a freedom never occurs !

Yet, now I am only speaking of the internal criticism and limitations put on the artist by herself. There is of course a level of obstacles put upon us from the outside: By politics (guidelines for art), by trends, by our own community of makers and spectators; pointing, shouting and calling up others’ works as not producing enough value or creating the wrong meaning. An act of silencing that just has to stop, as censorship is an art we are virtuosos at ourselves.

Every time a maker has done something and come to the almost unthinkable decision of showing it to others – that very thing has been passing through a series of tests that would have any state interventionist face the tribunal in the Hague. And usually it was a mistake, usually the piece that made it through the internal battle of self-censorship is nothing but a hungry cry for affirmation. But sometimes, in rare cases, it is something beautiful, horrifying and confusing. Or even, in the best of situations, it somehow made it to stay unsure. That means; its own antagonisms and contradictions have remained unsolved.

And the pocket of time and space we call art, is the only battlefield where such a thing might appear.

How is artistic freedom put at risk?

Without mentioning the most obvious financial, social and political limitations (instrumentally put on us by a positivistic zeitgeist), I would say it is put at risk through representation; this diabolic spell over theatre, where something very small and temporary is functioning as a stand in for a larger thing or crowd.

A spell thrown by one of the strongest (yet saddest) powers we have: the memory. And the human ability to draw links between events, to make and read symbols.

I, myself, sometimes suffer from obsessive hallucinations in which events on stage are nothing else than they are in the moment of performance; when an artist is pouring massive amounts of honey over its body (that very action has been done  so many times, so there is no need to mark a reference here), it is not a signifier of something absent – it is only a process of moving from dry to wet, from smooth to sticky. But I wake up quickly, reminding myself of what such a theatre would demand (which is how I would imagine an ideal theatre); an Alzheimer-ensemble performing for a lobotomized audience.

Please do not misread this delirium as a quest for truth! I am a simple nihilist, like most of us. I just find the very situation of theater so complicated that I silently dream of staying within it and try to understand it, before we take care of (and subvert) the world as a whole.