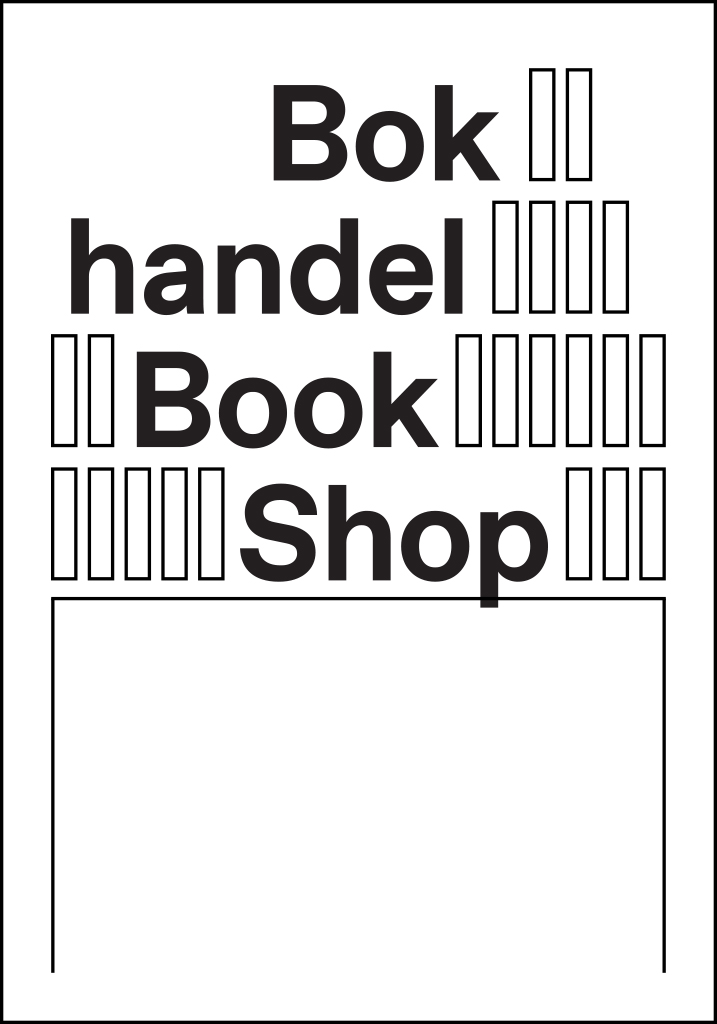 In the bookshop at Black Box teater, you will find a small selection of books, each of them related to the theater program. The books have either been suggested by the artists, are related to their practice or evolving thematically around the seasonal program and contextualization program.

In addition, you will find a number of unique books selected by artists themselves. These books contain a recommendation to the reader – a small story, or a personal connection to the book that the artist shares with the audience. These books have meant something personal to the artists, or have influenced their artistry and specific projects.

Dear reader! This September our bookshop will offer a new selection of books, including book packages – all centered around plant life and other non-human lives, ecology and sustainability. These books have been selected by the Black Box teater team in collaboration with the artist duo LATERNA – Inger-Reidun Olsen and Marianne Skjeldal. They are both are associated artists at the Black Box teater, working on several projects that intersect the mentioned topics.

We hope that this selection of books can give you new insight, inspire to conversations and open up new perspectives on our artistic program!

The bookshop is located in the foyer at Black Box teater, and is open before and after the performances at the Black Box teater. For readers located outside of Oslo, we offer free shipping of a selection of the books available in the physical bookstore.

To order a desired book, use the app Vipps to transfer the current price + book title (as illustrated on the picture below), and then send an email with your full name and address to anna(a)blackbox.no. The 1923 manifesto ‘Active Art’ by Latvian philosopher Andrejs Kurcijs triggered a series of responses by writers, artists and curators on the notion of activism, past and present: art for political purposes, art for its own purpose or art with no purpose. The texts collected in the book Active Art aim at considering the active part of writing according to the definition given by Kurcijs. Contributors include Rebeka Pōldsam from Estonia writing on the lesbian artist Anna-Stina Tremund, Isabella Marrin from UK writing on virus structures in language, French poet Laure Boullic writing a revolutionary poetry essay, French artist Eva Barto advertising her upcoming research on economic structures in art and

Latvian artist Evita Vasiļjeva sharing the beginning and the end of her notebook. There is a conversation in several parts running throughout the book between the editors and Latvian contemporary philosopher Ainars Kamolins analysing Kurcijs original text. And finally the book also includes the reprint of texts by American writer Rober Glück introducing the queer writing collective New Narrative he co-founded in 1975 and a rare essay from 1982, and by American writer James Baldwin, an essay initially published in 1987 in an art catalogue with a very strong political stand against racism.

Active Art was launched at Black Box teater during the Fall 2019, introduced by Barbara Sirieix and Joachim Hamou.

Time has fallen asleep in the afternoon sunshine. A book on reading, writing, memory and forgetting in a library of living books (2019)
Mousse Publishing
220,-

The project Time has fallen asleep in the afternoon sunshine starts as a group of people who dedicate themselves to memorizing a book of their choice. Together they form a library collection consisting of living books. The “books” pass their time in libraries reading, memorizing, talking to each other, going for walks outside, prepared to be read by a visitor. The readings take place as intimate one-to-one encounters where the “book” recites its content to the reader. Over time the project grew into a library collection of more than eighty living books in twelve different languages across Europe and beyond. The project developed into a bookshop, a publishing house and an exhibition format, and hosted workshops, lectures and talks and, eventually, a book. The publication brings together eighteen text contributions from artists and theoreticians with a varying degree of proximity to the project. Their reflections touch on memory and forgetting; on the practice of learning by heart and its corporeality; on reading, re-reading, reading aloud, reading for oneself and for others; on writing, re-writing and translating; on invisible and impossible literatures; on alternative temporalities and their respective economies; on archives, libraries, bodies and other sites for conservation; on the problems of authorship and originality; on immateriality and its discontents; on the equivocal borders between reality and fiction; and on the strange and unforeseeable dynamics of people and stories coming together, disseminating and unexpectedly crossing paths again. The second part of the book is a visual essay that documents the processes of memorizing, reading and re-writing.

Time has fallen asleep in the afternoon sunshine was shown as part of Black Box teater’s program during the Fall 2019. “When we started to talk about making a book for Verk’s 20 years celebration, my immediate reaction was; it is only has-beens or people who are finished who make books about a lived life. Thus, these books are not a recapitulation or an encyclopedia of Verk’s productions, but rather an attempt to create a book series to talk about the skills, methods and practice we share in Verk.

We want the books to mirror some of the ontological issues we are questioning in our work, often dealing with a fundamental doubt; a doubt in the theatre as form, and a doubt in our own knowledge. This has led to long and still ongoing discussions about what the theatre can do, how it can be justified, and whether or not the work is strong enough.  This sort of ontological, fundamental doubt may have some of its origin in how the theatre landscape was laid out when we first started making scenic productions in 1997, when the power of definition to a greater extent was laid the hands of the large institutions of theatre and theatre education. Verk Produksjoner swiftly became a minority in the Norwegian field, both financially and aesthetically. Our ideas of the theatre were thought of as different, at best as a curiosity. Within this context we built our artistic identity, concurrently having the awareness that we were part of a larger movement with Grotowski, Odin Teatret, and adding Pina Bausch, Jan Fabre, Wooster Group, Richard Foreman and Forced Entertainment.

With this book series, we have wanted the books to mirror or echo the works of Verk. A large part of our work is about trusting and accepting not knowing our next step, or whether or not we have found the right tools. It is also important to stress that this book series consists of autonomous works, which can be read separately or as a series.

We have been interested in a spiraling movement starting in the innermost circle and working its way out when working on the book series. It has been essential to present different voices and viewpoints in a book series which invites for conversations and discussions about conditions of production, about Verk, and about art.”
– Fredrik Hannestad and Verk Produksjoner

Book nr. 3 and 5 was released on October 12th as part of the celebration of Verks 20th anniversary at Black Box teater. Texts in Norwegian and English.

The Life and Work of Nature Theater of Oklahoma
Alexander Verlag Berlin
200,- Founded in New York in 2004 by Kelly Copper and Pavol Liška, Nature Theater of Oklahoma is one of the most individual theatre companies of our time. Its unmistakable blend of conceptual clarity, formal rigour and an apparently trashy surface borrows from every theatre tradition and modernist art strategy imaginable. Its oeuvre extends from theatre productions and performances through dance pieces, musicals and audio dramas to literature, graphic novels and films in a wide range of genres.

This first monograph on Nature Theater of Oklahoma’s work offers a lively insight into its broad artistic practice. Essays by critics, theoreticians, fellow artists and participants in the various projects are accompanied by a series of contributions from Kelly Copper and Pavol Liška together with numerous colour illustrations and a comprehensive index of works.