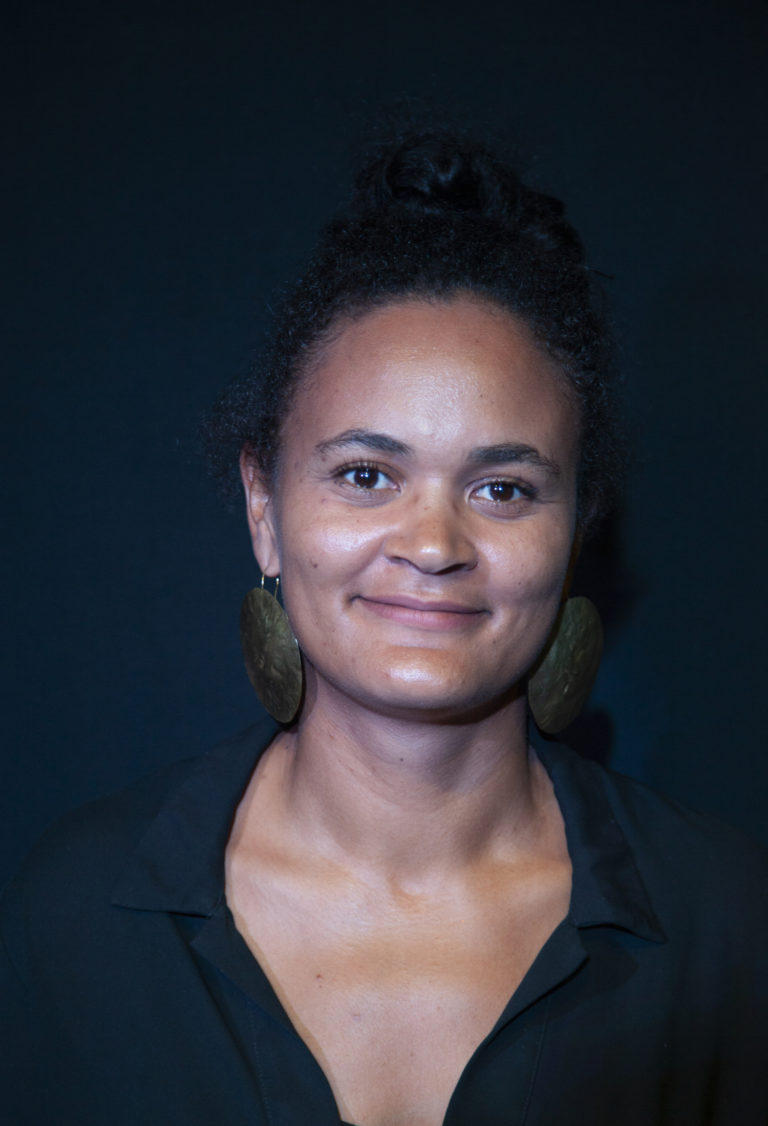 What is it like to work with the solo format? We caught up with Maritea Dæhlin about the working process behind I WANT TO BE TRADITIONAL.

–
Artist Maritea Dæhlin (1986) alternates between living and working in Norway and Mexico. Her artistry is characterized by the playful, minimalist, non-linear and at times absurd, with a work spanning between devised theater, video performance, performance art and poetry. This October, she is showing the critically acclaimed performance I WANT TO BE TRADITIONAL here at Black Box teater – a solo work attempting to push the boundaries of the understanding of the self as a layered and fluid being continuously moving in all directions.

Why did you choose to work with the solo format?

It is a format that gives a lot of freedom, which gives space to be both a performer and a creator, and it gives an independence to work anywhere and anytime. In my solo work, I have been able to immerse myself in processes and to satisfy my need for expression.

A solo is one body on a stage. This means that I have been able to work more or less without budgets, without having to live in a conventional way, and I have been able to move a lot with my family with small children – in this case mainly between Norway and Mexico, where the project has been developed.

Now, the solo format has become a form I feel at home in and which I want to further develop and share as a form with others, by creating and showing performances. Eventually, I hope to help make room for others to create their own solo performances. I think the solo is a format that allows you to go in depth – to develop your own artistic language, digest the reality you live in and communicate directly with an audience. This I believe regardless of that I am also interested in working in other formats.

Is I WANT TO BE TRADITIONAL autobiographical?

It is not an autobiographical piece, but a way of treating reality with artistic means.

A solo work is often the result of a collaboration. How do you work with your artistic partners?

I have worked with I WANT TO BE TRADITIONAL for several rounds over several years. Along the way, the play has had many different forms, content and partners. In parts of the process, I have been alone, other times with partners – either to create specific elements such as costume, video, sound, light and more, or to further develop the material in the studio and merge it into what has become the final piece. All those involved in the process have had important roles in the development of the performance, and it has been important that some have been involved from the start, that others have come in along the way, and that some have been in Norway and others in Mexico.

It has also been important for me to have been able to immerse myself in the material and shape the dramaturgy together with a playwright who has understood the inner and outer world of the play and what I wanted with it – even when it has been impossible to describe it with words. This part of the process and the collaboration did not end with the premiere: Even though the structure is set, we have now – seven months later – just spent two new weeks in the studio to get even better acquainted with the performance, and not least with the themes swirling around it and around us. Being able to switch between these collaborations and the more lonely part of the process, and also between different places and contexts, is a way of working that I hope to continue with.