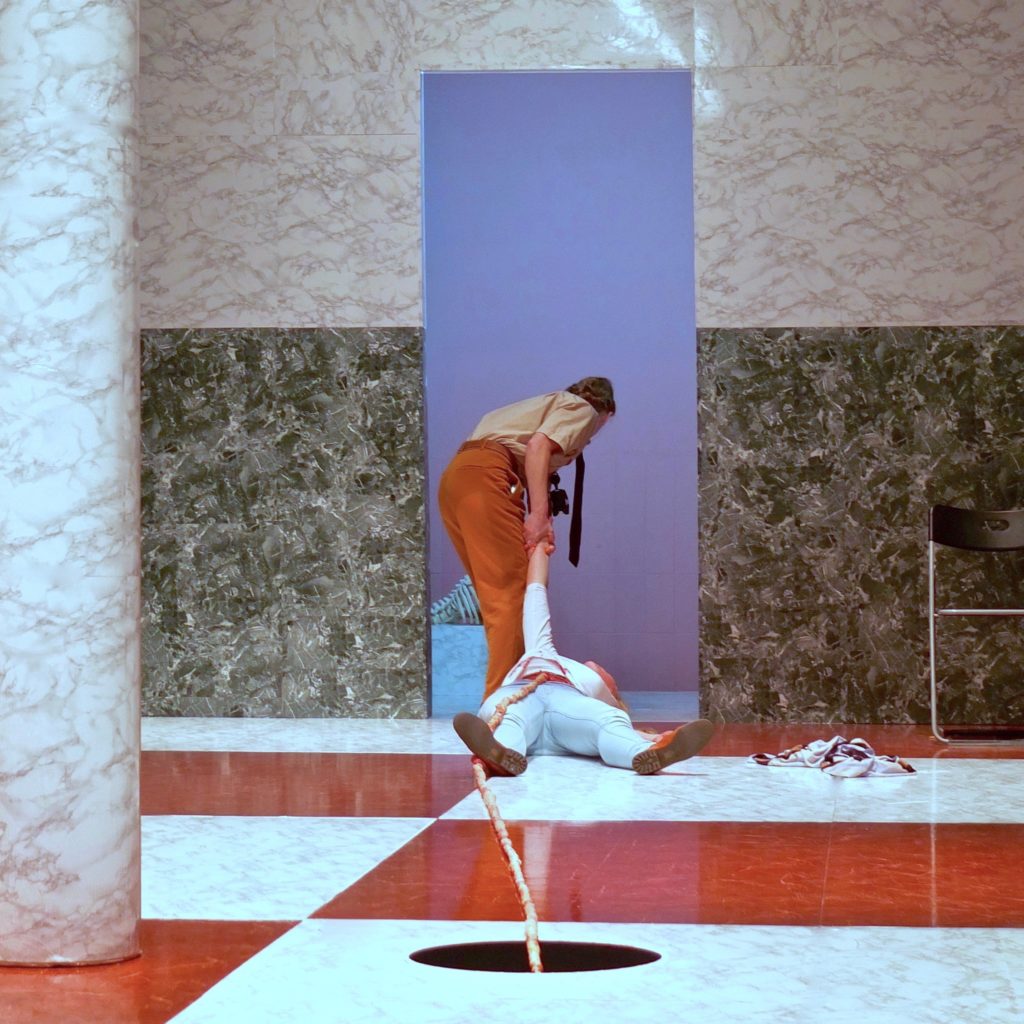 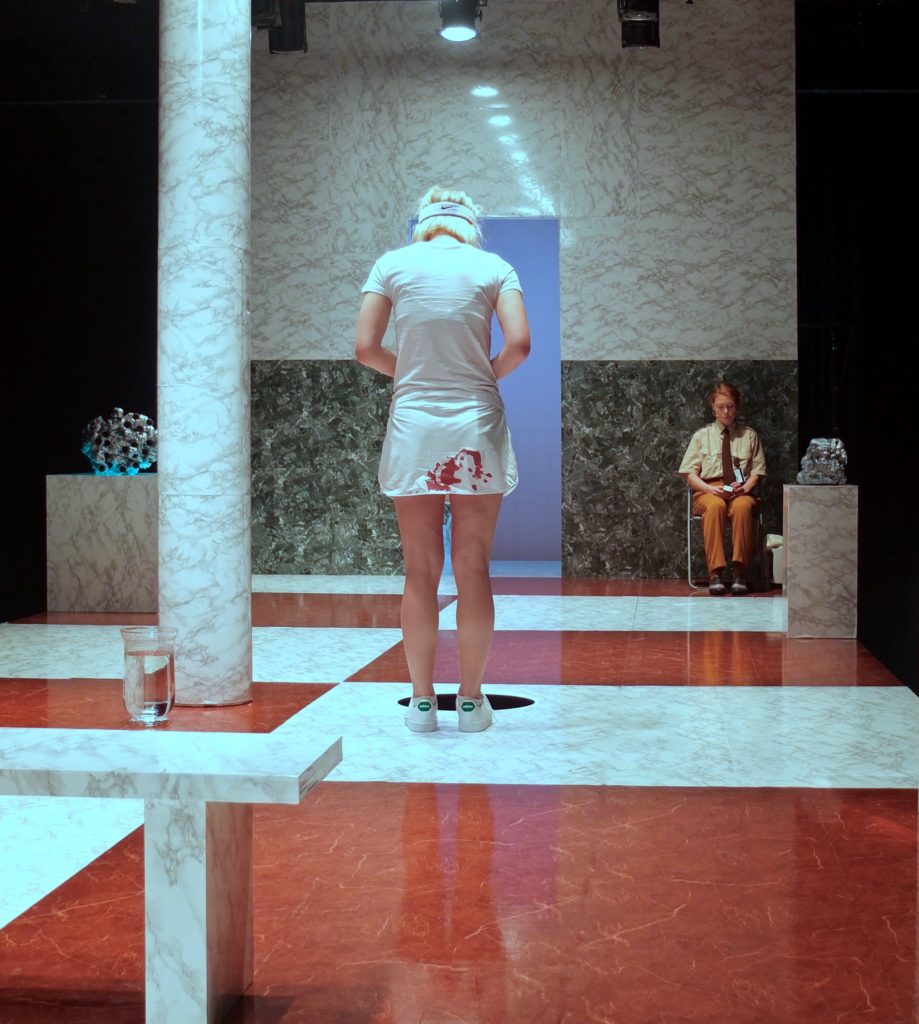 “Theatre horror at its best – Mummy Brown by the Norwegian group Susie Wang shocked at the International Summer Festival at Kampnagel.” – Kulturport.de on Mumiebrun

“This grotesque horror story isn’t for the faint at heart, but a boon for visual-art fans and those wanting to renew their love for theater.” – Kampnagel on Mumiebrun

Mumiebrun is the second part of Susie Wang’s horror trilogy about the human-nature relationship and was presented in spring 2019 at Black Box Teater. Mumiebrun was elected as one of the best performances in 2018 by Norsk Shakespearetidsskrift and awarded the Norwegian Critics Award for theatre 2018/19. The performance serve as Black Box teater’s contribution to the programme of Heddadagene.

NB! This is body horror for adults. The story contains scary elements.

With the female body as an excavation field, Susie Wang makes a kind of opposite archeology, where primitive forces finds man and drags them down.

Margit is in the museum, looking back at things when the past attacks.

“I told you so,” the museum attendant replies.

In the relationship between man and nature, Susie Wang makes no distinction between the natural, unnatural and supernatural. Mumiebrun is allegories, hallucinations, dream and horror.

The norwegian theater group Susie Wang come from a performance-based part of theatre – two of them as members of the artist collective Baktruppen who were (in)famous for ravaging theatre conventions and traditions. Now, their work has taken a dramatic turn and Susie Wang makes representational theatre with great diligence. Or according to them: “Susie Wang grew up with a shattered worldview. Tired of reflecting the world in fragments, we have started to pick up the pieces and put them together as theatrical storylines”.