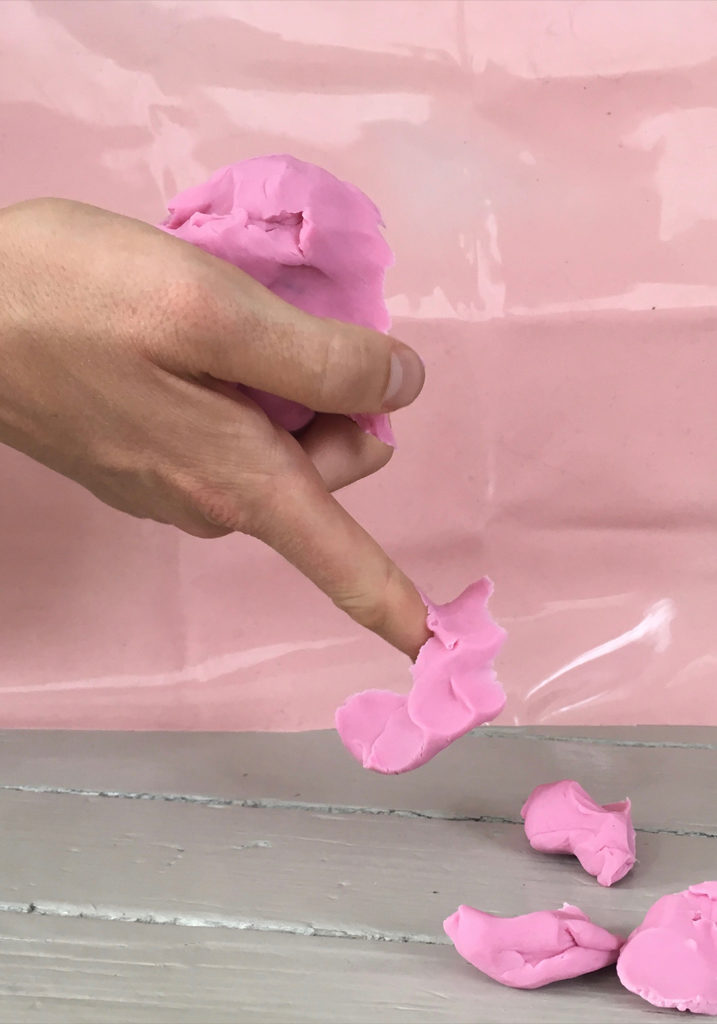 “Objects on the loose are always in search of the rest of the plot” – Charles Jencks.

“And Mr. Biswas buys things, he acquired things, his wife Shama owns things of her own. Hemmed in by her dissent and discord, given to complaint, Mr Biswas marvels at the “endurance and uncomplainingness of inanimated objects”; and these many objects, which he houses, house him too.” – Teju Cole

If everything could connect to anything, the unfolding of meaning would be unlimited, and would go on forever and ever. Let’s look at all the stuff that surrounds us, our bowls, our hands, our sounds, our phones, our beds, our babies, our dogs. All that stuff dances in never ending categories, in mini-operas with the tempo of tiny things.

Orfee Schuijt is a French performer and choreographer based in Oslo, Norway since 2012. Black Box teater presented her work Who’s afraid of red, yellow and blue? during fall season 2016. This work was a collaboration with composer Kim Myhr.

In her work as a choreographer, dance, drawing, writing and other practices are often woven together. She has collaborated on projects by Heine Avdal and Yukiko Shinozaki, Francesco Scavetta, Soile Voima, Jenny Hval and Eivind Seljeseth.