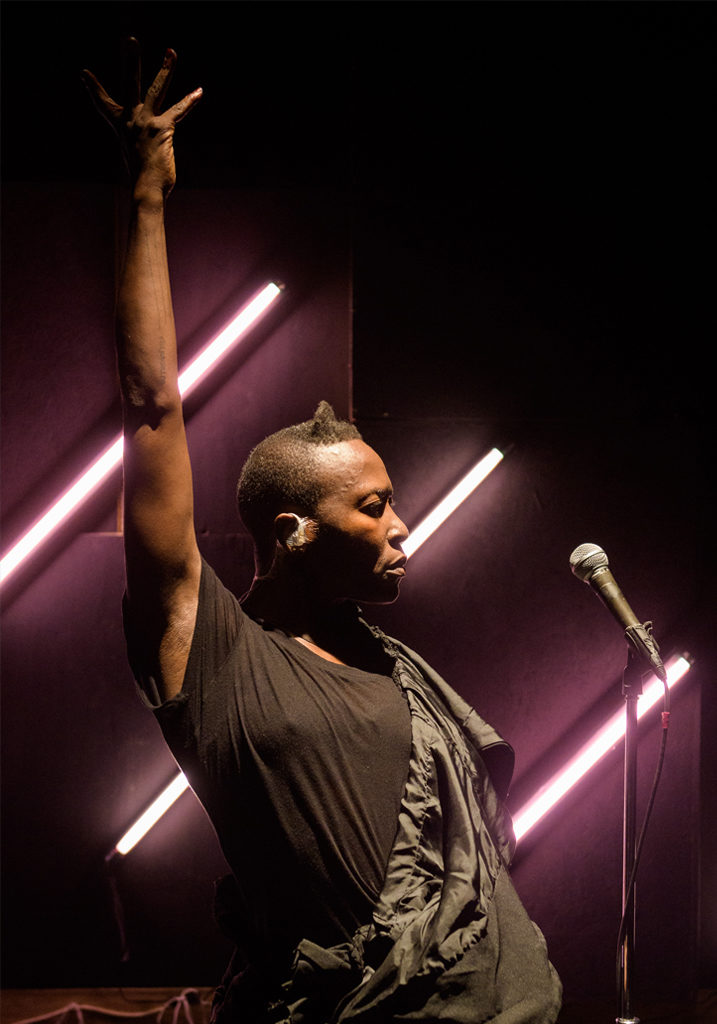 The performance is unfortunately cancelled due to the circumstances regarding the situation of the coronavirus. More information here. – “Nora Chipaumire, a Rock Star of Dance” – The New Yorker

#PUNK and 100% POP are the two first parts of choreographer and dancer nora chipaumire’s three part work #PUNK 100% POP*NIGGA. Each one channels a personal musical hero of chipaumire. At Black Box teater, she will take on punk-queen Patti Smith, and pop icon Grace Jones.

“Punk” is slang for a worthless person and became the name of a loud, fast moving type of rock music that was popular in the 1970s and -80s. The punk cultural aesthetic includes a diverse array of ideologies such as self-reliance, non-commercial art-making, non-complacency, destroying and repurposing. It was expressed through fashion, visual art, dance, cinema and literature. By staging a raw concert inspired by Punk icon Patti Smith, indie music, americana and her formative years in Zimbabwe, chipaumire deals with past, present and future through the punk rejection of status quo, ethics and ethos.

In 100% POP, chipaumire finds herself returning to the ways information and knowledge is or was acquired by those of us who grew up in less free times – in times of Drum magazine, african broadcast stations, colour bars, poverty, active connections to rural and township lifestyles.

A two-part live performance with intermission.

Born in Mutare, Zimbabwe and based in NYC, nora chipaumire has been challenging and embracing stereotypes of Africa and the black performing body, art and aesthetics since she started making dances in 1998. Chipaumire is a 2018 Guggenheim fellow and a three-time Bessie Award winner.