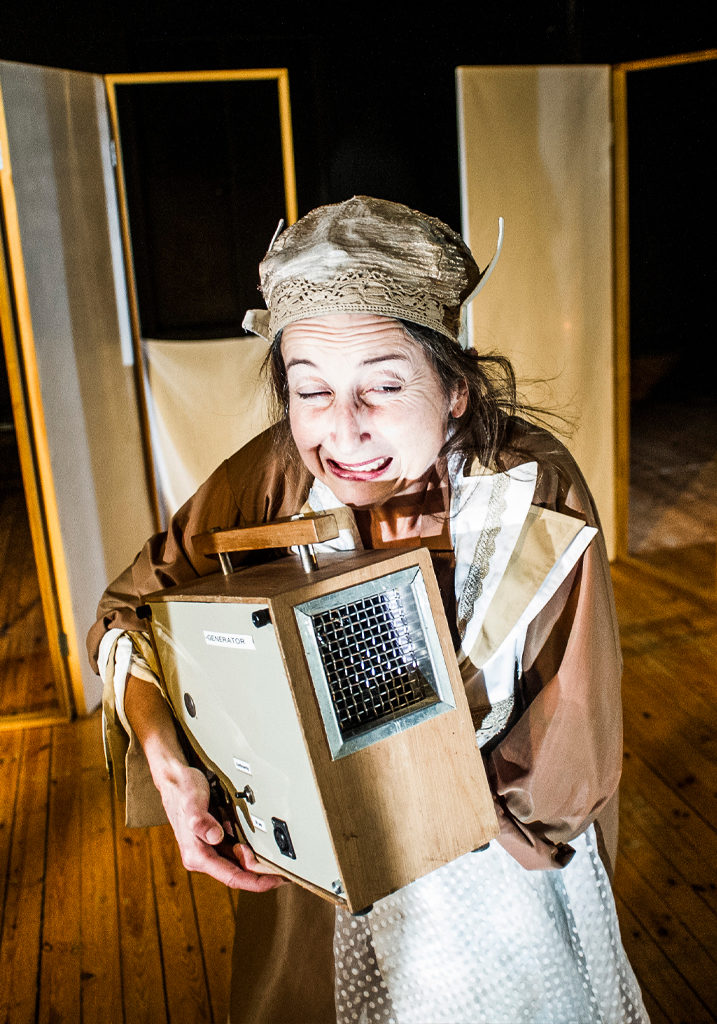 For children and adults 8+

Sara Bonnard has a dream. To stage her very own theater performance on a real stage!

By coincidence, she stumbles upon a kit on the internet called “Create your own theater performance in 45 minutes”. This kit contains a flatpack scenography, props, costumes and a CD with instructions.

Scene! Art is essentially a show about the art of making theater. It is part of a bigger project rooted in  Sagliocco Ensemble’s interest of art as a phenomenon. This work is the third and final part in a trilogy consisting of Voff! Art – about the visual arts, presented fall 2019 at Black Box teater – and Tone! Art dealing with music.

As for the past 20 years, Sagliocco Ensemble have established themselves as one of the leading theater groups for young audiences.  Their work is characterised by its poetic, absurd and playful tone. Actor and artistic leader Guandaline Sagliocco have provided Sagliocco Ensemble with a unique signature which is easy to recognize with its expressive style of acting filled with physical precision and humour.

The show have toured ever since the premiere at Showbox, December 2014. Mainly in Norway and France but also i Canada. The show has been presented at Louvre Museum, Momix festival, A Pas Conté Dijon festival og Scene Nasjonal Macon and Les Coups de Théâtre i Montreal, Canada.