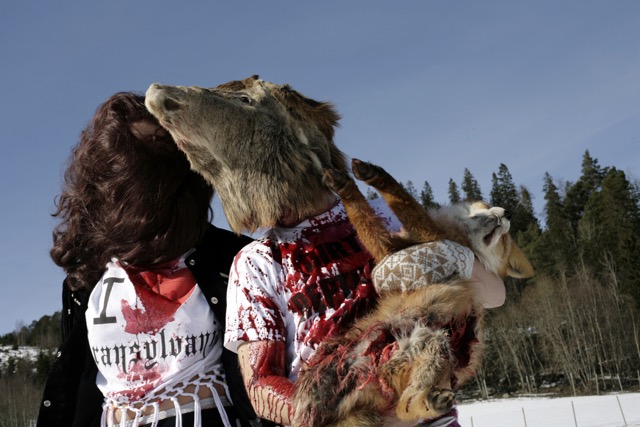 Skogsunderholdning (Woodland Games) is a journey through the human constructions of reality.

The theme of the show circles the question: what is reality, really? The performance moves swiftly between fantasy and reality while the borders between true and untrue and more or less incredible theories are erased. We´ll be guided through confessions, rituals and half-scientific facts by our reptile hostess, and rejoice in the fact that prince Charles just might be a lizard from outer space. Lisa Lie is an author, artist and performance artist from Trondheim. Lies latest show Blue Motell got great reviews and was awarded with a Hedda prize for “special artistic achievement. It was also nominated for the Norwegian Ibsen Award. Lie works with the idea of the medieval carnival as described by Bakthin as the “other life of the people”. You can’t be a mere spectator to the medieval carnival- you have to live it. The stage is transformed into a site where everything is vital at all times, where the abstract and irrational is taken seriously and where hallucinations arise from the collective uncouncious and our shared history.