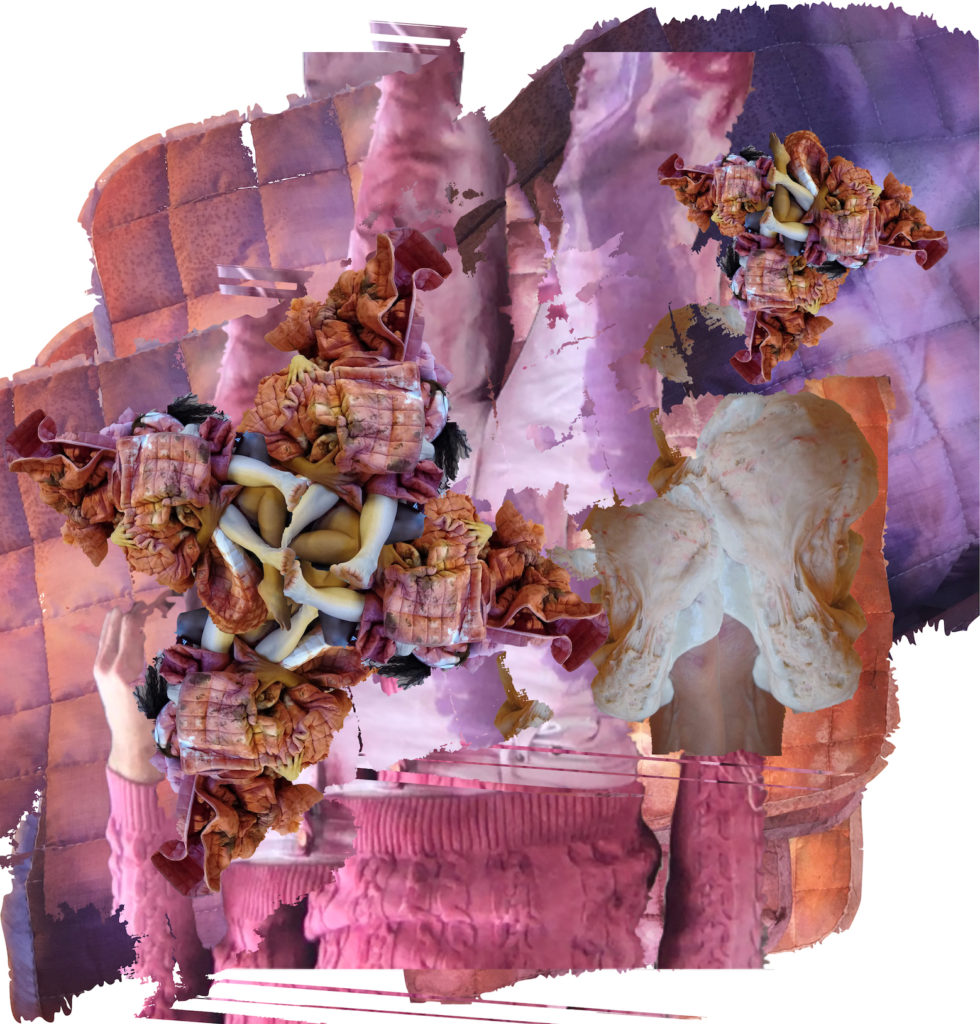 This performance is part of “Beyond the Human”, a series of work and talks investigating the relation between human and non-human life forms, ecology and sustainability.

Premiere (in collaboration with Dansens Hus)

NB! Extra performances on Saturday 5 and Sunday 6 September at 16.00.

“It’s basically about Fiksdal´s exploration of the body’s ability to displace itself. The idea that something is always on its way to something else, against another form, against the overruns. It is about the total collapse. That something can always be or become something completely different. And that makes Ingri Fiksdal´s artwork strong, but not least hopeful and heavenly sympathetic.”  – Klassekampen on Deep Field (2018)

Humans are symbiotic beings. We carry ten times as many bacteria inside us as our own cells, and some of us also host various parasites, fungi or viruses. Such, we can see ourselves as clusters of different life forms as much as individuals. We are always also in contact with various other things that work on us.

In Western thinking it is common to separate things/matter from living beings. This tendency prevents us from recognizing the vitality of matter, the capacity of things (Jane Bennett). But if the distinction between life and non-life collapses, can we become part of the world in a new way? We are inspired by philosopher Timothy Morton, who says that ecological thinking means to see all beings (in the broadest sense) as spectral and to think of coexistence as something radically non-anthropocentric.

Ingri Fiksdal has distinguished herself as a critically acclaimed choreographer with an international reputation and her work has been presented at Black Box teater several times. Deep Field won the prize for dance from the Norwegian Critics Association in 2018/2019, and HOODS received the Dance Critics Award for 2013/2014. Fredrik Floen is one of Norway’s most versatile and original costume designers. Fiksdal and Floen have previously collaborated on the performance Diorama, which was shown outdoors at Bygdøy during the Oslo Internasjonale Teaterfestival 2018. Diorama was a co-production with Dansens Hus.