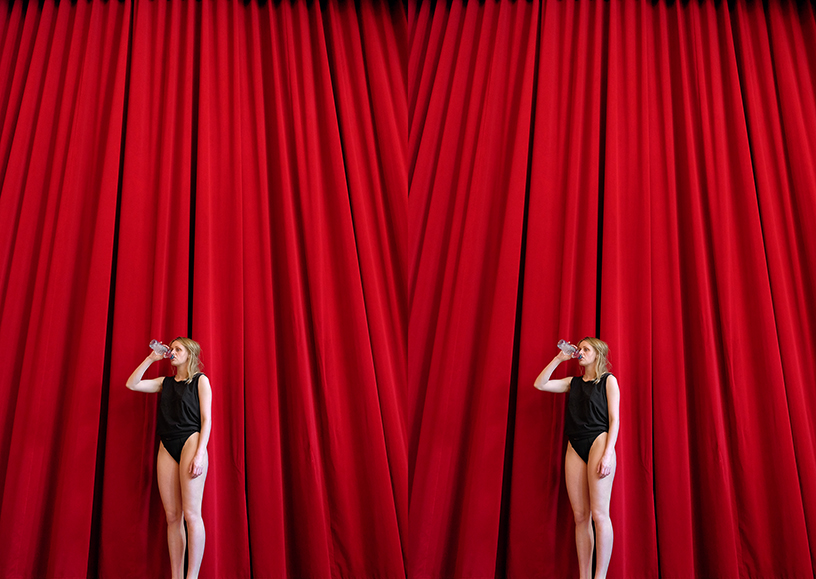 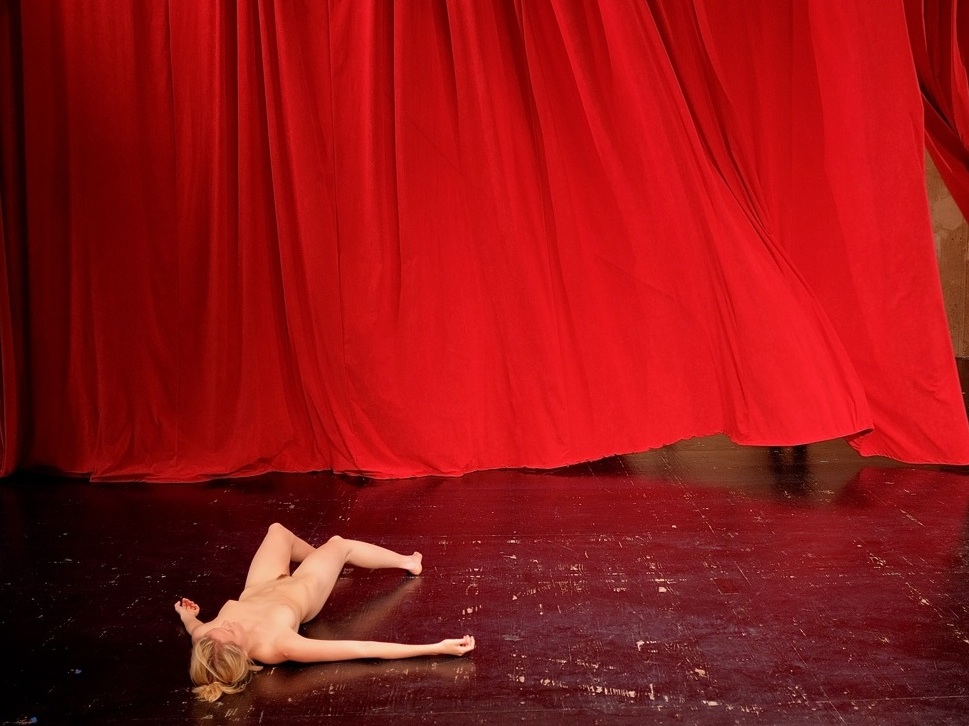 “Breathtaking view of our times on exposure” SvD Kultur

Spotted is part of the Blind Spotting Perfromance series by the Icelandic choreographer Margrét Sara Guðjónsdóttir.

The main topic of the series as a whole is the vulnerability of the fragile bodies constituting the achievement-oriented society of our times. Tracing the consequences of bodies obliged to ‘self-design’, showing symptoms of burn out and alienation the performance works attempt to bring out the ‘cracks’ in the ‘ruined’ body and reveal the invisible and hidden places of this body.

Whilst it might be a spent and numb body it´s state is celebrated as a denial of the imperative to achieve and contrasts the logic of hyperactivity with another kind of energy and strength. A body that opposes influences and exerts a subversive power on its environment. Transferring itself, as a kind of physical-energetic contagion, onto the bodies of the audience. From the starting point of letting the body fall and surrender completely, this body continues it´s emptying and disintegrating to the extreme during the performances. The disintegration of the body of the performers is continued inwardly simultaneously by the audience through the steady, slow and hypnotic transformation taking place in front of their eyes.

“The Icelandic choreographer Margrét Sara Guðjónsdóttir, that resides in Berlin, works with phenomenal consistency. With lightness in execution, she builds to her account an unpleasant scene incorporating the gaze when working with space and time with a heart-stopping complexity evolving around themes such as identity, body and subject versus object (…)The compulsive vulnerability in the performance Spotted clings to the mind as an irritable yet great judgment of our time”. SvD Kultur

“This constant flow of information gushing over the non shielded human being comes to a point of no return/ a turning point which creates physical and psychological stress when the exploitation works as if it is integrated on a personal level in the non shielded human being. The dansers Louise Dahl and Marie Ursin give such a strong and impressive performance that it´s hard to differentiate between the artistically crafted physical work and the bigger picture of the performance. It´s simply all existing there together as one.” Danstidningen