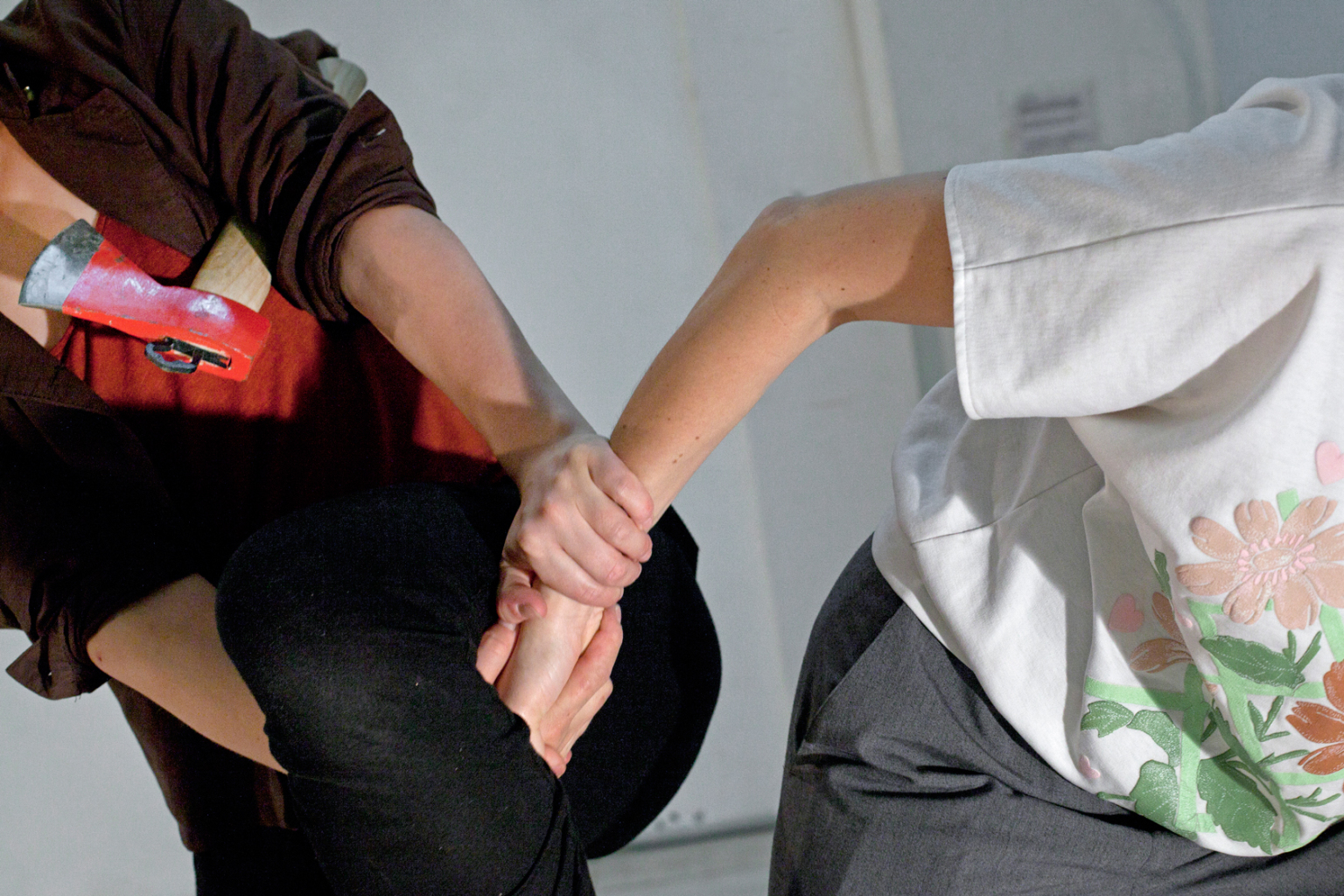 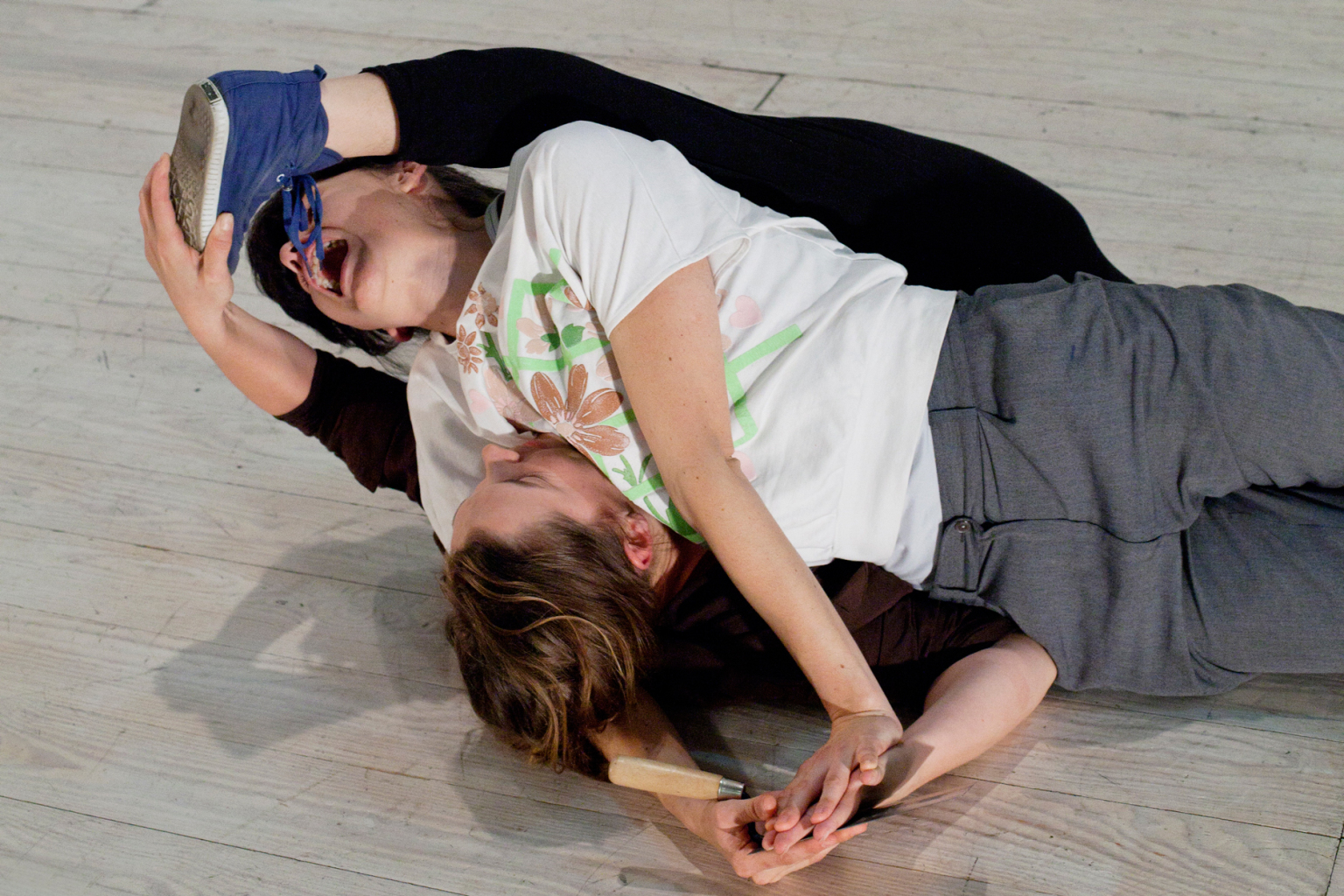 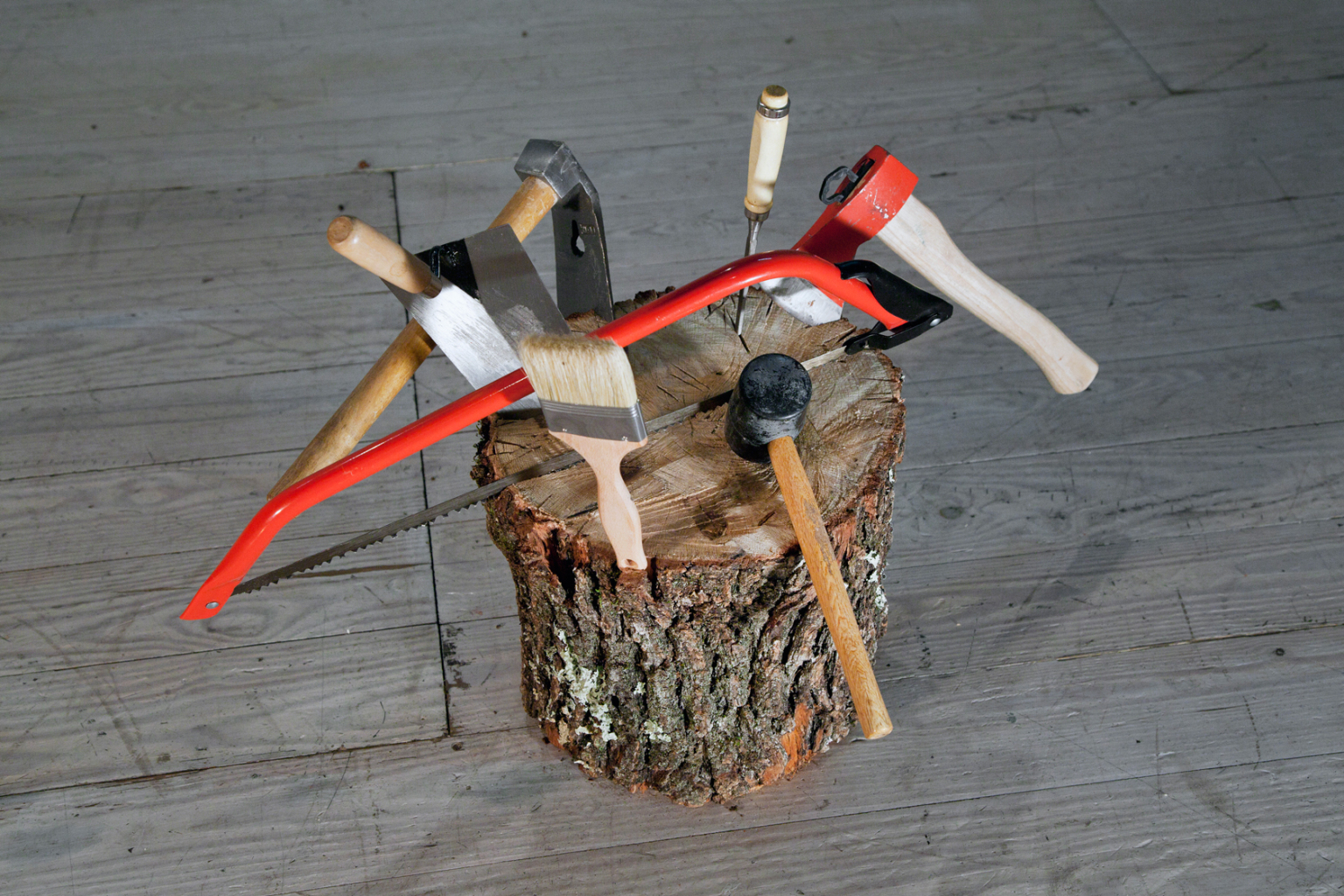 “STAFF” is Ingrid Berger Myhre and Andreea David in their first choreographic creation,

initiated by their encounter in the frame of MA choreography; research and performance at Centre Chorégraphique National de Montpellier. The particular context of being both artist and student at the same time made them reflect upon how knowledge is produced, transmitted or invented.

The performance plays with the nuances between a situation and the language used to describe it, in other words with representation. The naming and re-naming of various actions and gestures develops into a game that speaks about the relativity of language and about how we subjectively project meaning onto what we see.

Andreea and Ingrid about “STAFF”: Sometimes we say exactly what is happening. But sometimes, who are we to say exactly what is happening? The words are suggesting what has been, but they also serve as a gate for the next activity. We are not trying to interpret the concepts as much as alluding to the conventions that our understandings of those concepts are based on. Of course we speak about something, because we say a bunch of words. This way we offer content. But it is more about how those words are dialoguing with our imagination and with each other.