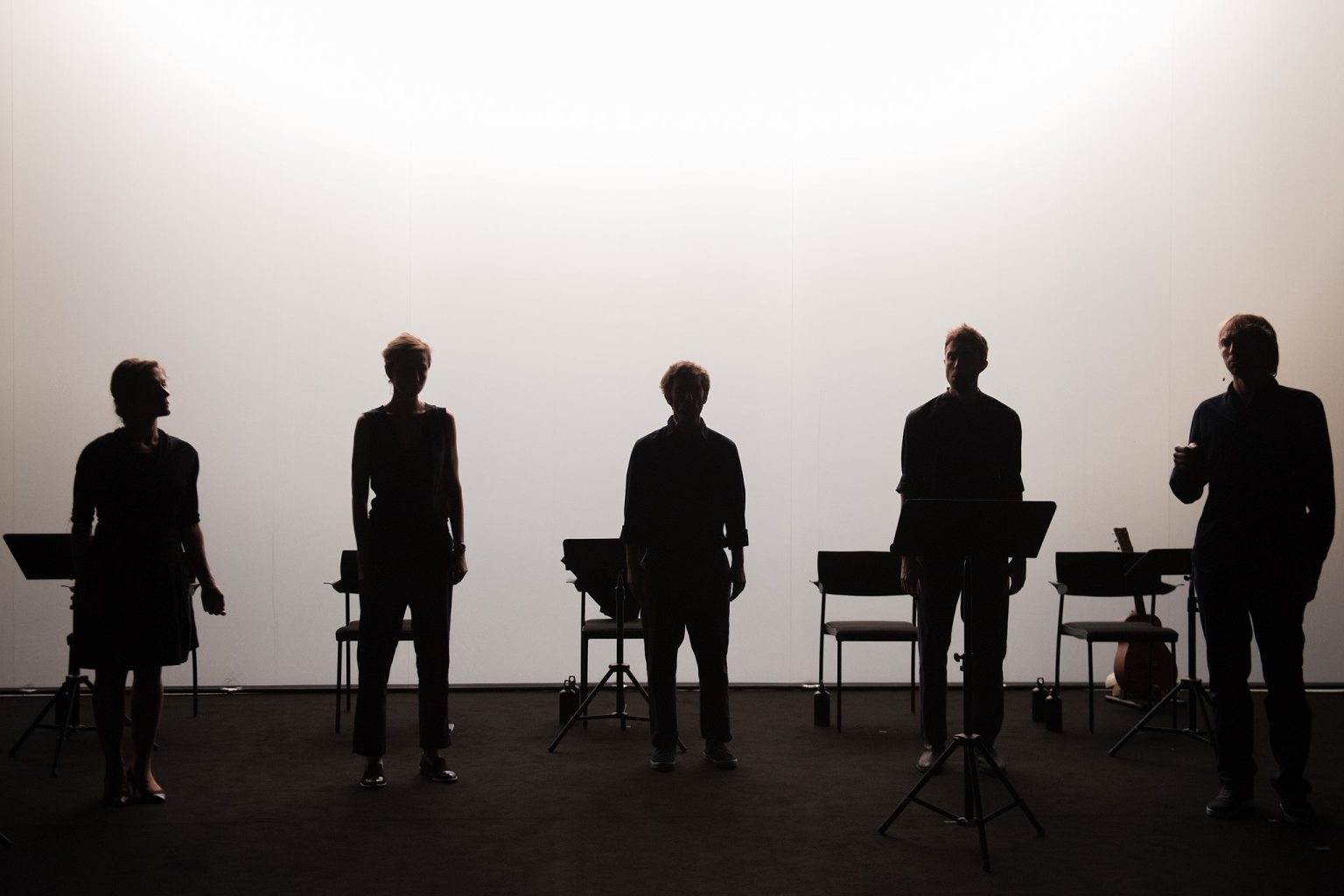 Words are born, live, and die in Suite n˚2, a chorale work for five solo voices.

The vocalists sing the “spoken” words as uttered on a collection of sound recordings taken from everything from political speeches to bad TV to radical poetry and street conversations. The sound of each word is imbued with the same inflection, rhythm, hesitation, breath as it was originally spoken. Woven into a musical score the “spoken” words create complex harmonies, drama and humor. Joris Lacoste lives and works in Paris. He has been writing for the theater and the radio since 1996, and has been creating and performing his own shows since 2003. Borrowing from literature, the theater, visual arts, music, and sound poetry, his work is structured by a deep commitment to research.