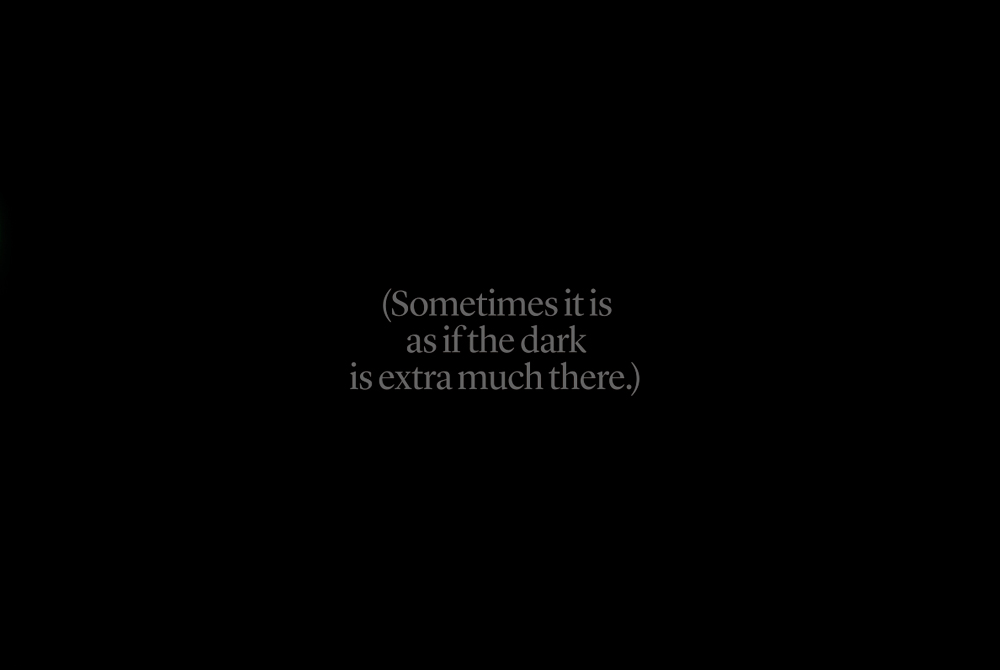 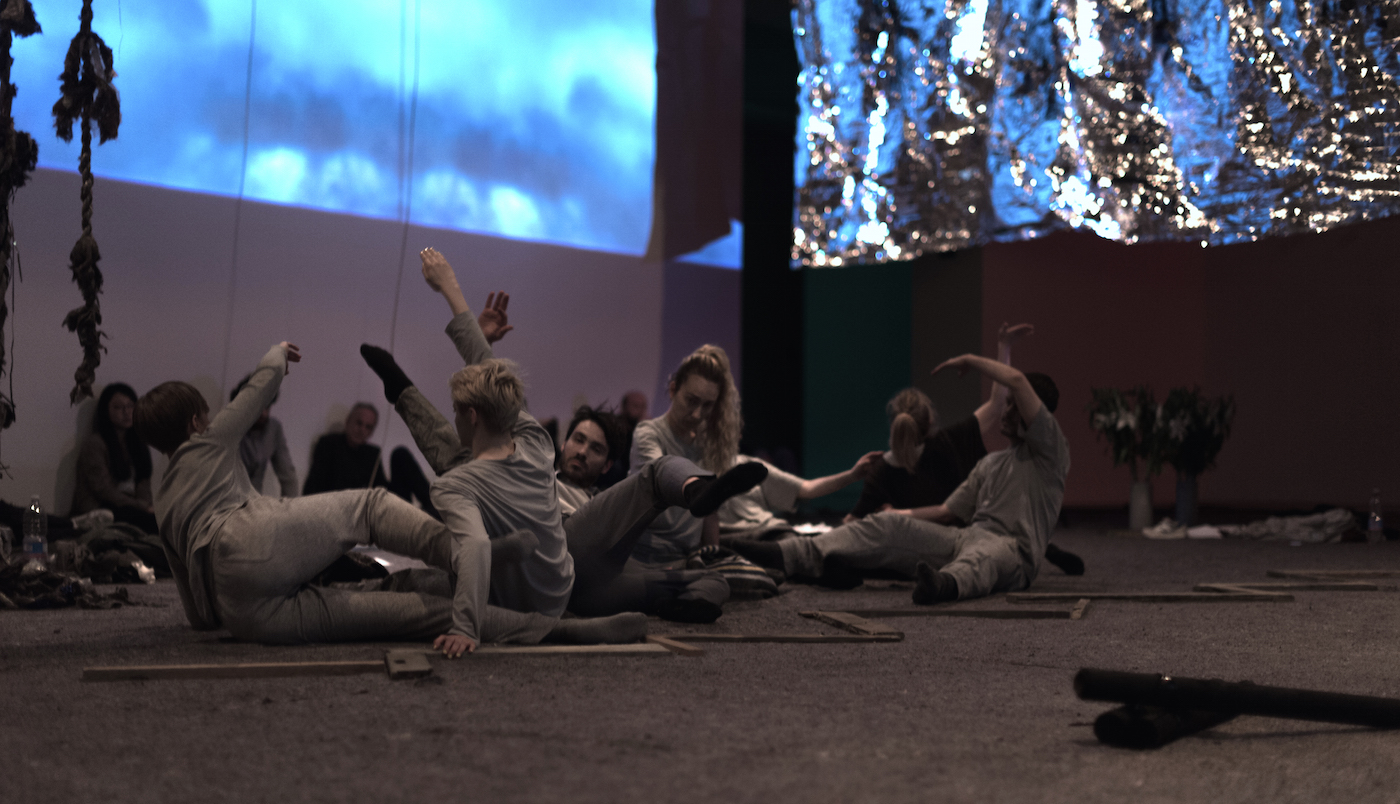 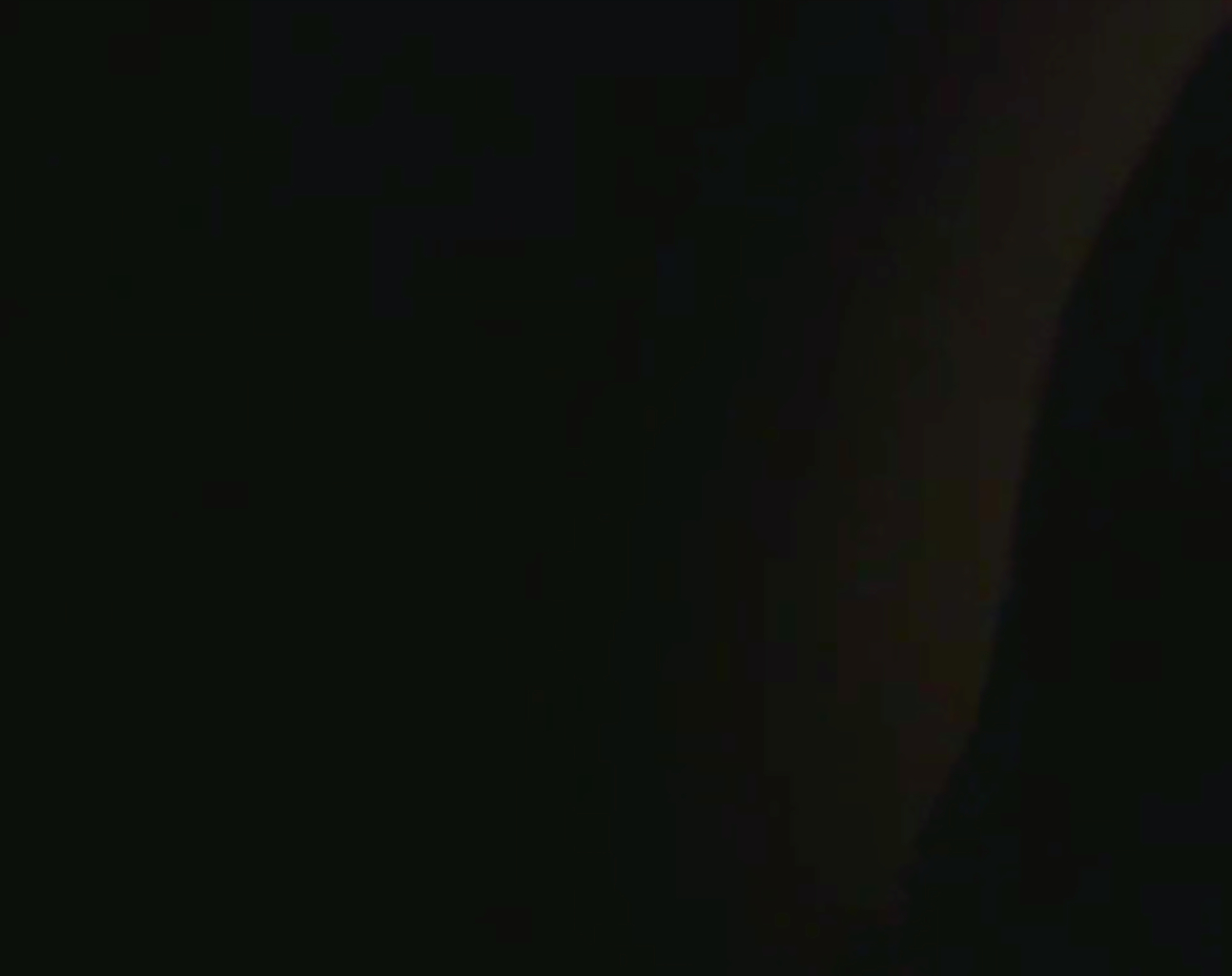 Sometimes it is as if the dark is extra much there. As if everything just goes black and disappear, blackout though one is still awake. But sometimes it’s like, you know, when darkness isn’t still. Like immobile. That’s totally nice like, but shit scary, when the night like bubbles a little or the abyss starts to move. You don’t want to know what it is or something. Not me, no way – but it’s like fascinating to think about that the creatures of the night are way more than those of the light. Sometimes one would want to get to know them all, or like go for dinner with them, but then that’s just the end of their belonging to the night. It is the night that is real, the day is just reflections. That is why one thinks of really heavy stuff then. Or laugh hysterically to keep the dark away. The day is associated with life, it  is at night that one exists, for the night is not death – it exists and is more, much more than life. Time and light live together. One can always use time as protection. It after all differentiates things. In the dark time isn’t standing still, it doesn’t cease, it only like slips away and disappears as if it never was. For in the deepest obscurity there is neither then or later, there is only now and all the time.

There is a virus that makes one experience amnesia at every moment again and again, then it is now eternally – until one dies. There are other viruses too, one that is that the shadows no longer disappear when you put on the light, or the sun comes out. The sun comes out, but the shadows are still there. When darkness lives its own life. In Caravaggio’s paintings, it’s always the black areas that shine. It is in the luminous absence of light that Artaud finds his cruelty, and it’s by boiling to a uniform black matter that “nigredo” turns towards itself, illuminated. Precisely, the dark night of the soul, when an individual confronts the shadow within.

Monsters and so are good to have in order to escape the horrifying experience that inner darkness is the same as outer and sometimes, which is the worst, when you don’t know where the one ends and so.

The night is long. There’s no blood or corpses, body parts or bones. It is long, it is when horror opens its dark eyes, and let’s you experience its endless void. Overwhelmingly tranquil, a motionless sleep from which there is no escape. A reverie that entangles you in putrefaction. Six or so hours and shit dark, not like the light is off, or a bit depressed it’s more like a journey into the darkest, but no psychology. It’s pretty formal and massively dance, but often kind of slow and like it isn’t visible or materializes without structure. The day is divided the night is one. The darkness dissolves structures, everything becomes like smoke, distorted and dissolved. A bit like roots firmly without soil. There are people there but one doesn’t know whom, there’s someone there but maybe just a movement. Five orange pips in an envelope. There is something there, but perhaps just a mirror-image, a body without anchoring that appears as an opacity darker than darkness itself. Not just any darkness but darkness itself. Time does not stand still, it’s waiting between motion and standing, as if it were too hot, too unbearably hot for anything to happen at all. Black mirror. An abandoned blankness – that totally sounded like a cliché, but it is lovely with romantic noir. No feelings or so, an emotionless evil – cold as Robert Pattinson – even a raven – but hell no fangs or a man with a scythe – fuck that. Not the dead but that which don’t have life, but still is. Open eyes. Someone besides whispers, beyond what can be sane. And delicate music – loud noises, too – and singing. Someone has something in her mouth, costumes fall. That which is when nothing is visible, that which isn’t visible even though someone turned on the light. And everyone waits.

Plants can no longer be distinguished from animals, insects identical with rose petals that adorn a bush. And then, farther inside, plants confused with stones. Stones look like flames or brains, stalactites reminiscent of female breasts, tapestries adorned with figures. Darkness is not merely the absence of light. White cold skin, moist with sweat. Repetition without order. Fear. While light is vacated by the objects’ materiality, darkness is filled. It touches the individual directly, envelops her, penetrates him, even passes through. The ego is permeable for darkness while it is not so for light. The night expire the mimetic.

Dance exists without us. Moving towards or away from us indifferent. The non-directional harbors horror and the night, nigredo, is not performative. It moves without subject, its dreadfulness is mirrored in its indifference, its absolute potentiality.

All the pieces are one, as in One, the night is also the one and indivisible – there’s no composition only textures. Intuition is darkness’s reasoning. Zone-out, as if there was no frame either, but blackness has its own creatures, illuminated by its impenetrable beauty. You know like music from Iceland or something.